NATIONAL HARBOR, Md. -- The initial impact of a major trade definitely registers, but the shock wave afterward can linger as well.

In the wake of Tuesday’s blockbuster deal that sent Chicago White Sox ace Chris Sale to the Boston Red Sox for four high-upside prospects, the baseball world now waits to see what influence it will have on the back end of this week’s winter meetings.

The Los Angeles Dodgers could be in position to benefit from baseball’s newest high-profile deal, even if they were not involved and it didn’t even happen in their league.

The trade means both teams involved could now be inspired to make more moves. The Red Sox could be in position to deal from a surplus of starting pitching. The White Sox could look to move more proven commodities in exchange for more rebuilding pieces.

The Dodgers could be the most interested in the White Sox's situation.

The Dodgers would love to bring back some in-house free agents such as third baseman Justin Turner and closer Kenley Jansen. If they can’t, the White Sox could be influenced to move either third baseman Todd Frazier or closer David Robertson.

Since the start of winter meetings, word has come out of the Dodgers’ camp saying options exist for them at both third base and closer if Turner or Jansen do not return. If there is anything that can speed up a transaction timetable, it is a team with options.

The Dodgers are wise to not be shy about their options. Late Monday night, word began to leak that the White Sox might be close to a deal to send Sale to the Washington Nationals. On Tuesday, it was noted by many that all the Nationals' chatter could have started to push the Red Sox toward the trade package the White Sox really wanted.

In pointing to a Plan B, even if they were not specific about what it was exactly, the Dodgers have revealed they are in a strong negotiating position, and at least won’t be flat-footed if Turner and Jansen sign elsewhere.

“Just a lot of various conversations, and I think things are starting to crystalize a little more,” Dodgers president of baseball operations Andrew Friedman said Tuesday when asked what the club was currently working on. “You had a lot of advanced talks coming into the [winter] meetings, and I think one of the benefits of all the teams being in one spot is that you get a better sense of what is real and what’s not.

“I think that is starting to take place. It’s really hard to put a finger on what that means in terms of if something is imminent or not, but at least on our board, when we start to look at things, it is beginning to crystallize some.” 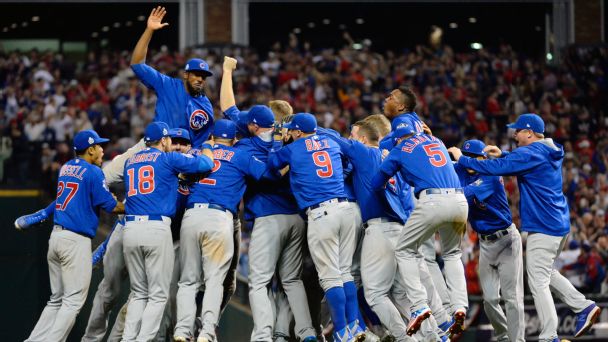 The MLB winter meetings are on in our nation's capital, and rumors are swirling across baseball. Here is what our writers are hearing. » Winter Meetings Daily

Friedman said the Sale move did not speed up any talks in the short term Tuesday, then added: “I don’t know. I’ll let you know in a couple of weeks.”

The Dodgers actually traded for Frazier last winter, before flipping him to the White Sox for Trayce Thompson, Frankie Montas and Micah Johnson. Getting back Frazier might not cost any of the club’s top prospects, especially since he would be a free agent after next season.

Robertson also figures to be had for less than the peak of the Dodgers’ developing talent pool. The 31-year-old, who will make $12 million in 2017 and $13 million in 2018 before becoming a free agent, saved 37 games last season with a 3.47 ERA.

“It's significant,” manager Dave Roberts said when asked about the concern of not yet knowing who will save games in 2017. “There's a comfort level when you have a guy that you know and can trust that can close out a game. But there's still different ways, different formulas. But, obviously, that elite closer, there's a reason they are elite.”

Roberts said he was in contact with both Turner and Jansen two weeks ago, but the manager has left them alone to let the free-agent process play itself out. He was not shy about saying he would like both back. Whether the Dodgers can afford that is a different story.

Friedman will try, but he said the open market rarely follows the best-case-scenario route.

“If you were always rational about free agents, you will finish third on every free agent,” he said.

The Dodgers will likely make offers first to either Turner or Jansen. Making two irrational moves to land both might prove difficult.

“My cheap-seat analysis would be yes, but it’s probably a better question for them,” Friedman said.