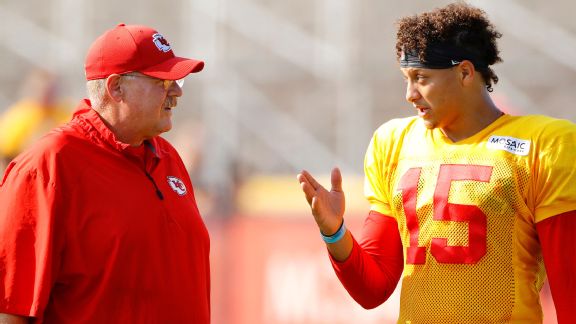 Berry didn't practice all week because of what the Chiefs are calling a sore heel. Coach Andy Reid said he "probably won't" play in Sunday's season opener against the Chargers in Los Angeles. Berry was listed as doubtful on this week's final injury report.

Berry hasn't practiced since Aug. 11 and didn't play in any of the Chiefs' four preseason games. He missed all but the season opener last year after tearing an Achilles tendon in the fourth quarter of the win over the New England Patriots.

The Chiefs also will be without their other starting safety, Daniel Sorensen, who tore the lateral meniscus and suffered damage to the MCL in his left knee during training camp. Sorensen also fractured his leg.

That leaves Ron Parker and Eric Murray as the likely starters at safety against the Chargers. Parker started for the Chiefs for the past four seasons but was released last winter. He rejoined the team this week. Murray was the top reserve at safety last year.